Benjamin Angel, Director in the European Commission in DG TAXUD, said on Friday that the European Commission will try to establish a legal definition of aggressive tax planning, thus providing clarity to tax professionals on the so-called ‘grey zone’ in tax planning. Whereas DAC6 already mandates reporting of aggressive tax planning arrangements, the SAFE proposal would potentially seek to provide a clear definition of what is aggressive tax planning and, as such, would be made illegal. This will depend on establishing clear, workable, predictable rules which tax advisers would be able to understand and abide by ex ante. These remarks were made in a key-note speech delivered at CFE’s 15th European Conference on Tax Advisers’ Professional Affairs in Zagreb, Croatia, which took place last Friday on 2 December 2022 organised in cooperation with the Croatian Chamber of Tax Advisers (HKPS), on the topic of “Targeting the “Bad Apples” : Enablers of Tax Avoidance – Is it Still a Substantial Problem in Europe?”. Other speakers in the first panel discussed the need for securing the activity framework of enablers of avoidance, including Mr Paul Tang, MEP and Chairman of the European Parliament’s Subcommittee on Tax Matters (FISC) and Philippe Vanclooster, Chairman of CFE Professional Affairs Committee, moderated by Dr. Sc. Nevia Čičin – Šain, Assistant Professor of Law, WU Vienna University of Business and Economics.

In the opening remarks the President of CFE, Piergiorgio Valente, said: “CFE supports the objectives of the EU SAFE initiative but these must be balanced, targeted and proportionate. Definitions must be clear if we introduce strict legislative regimes to avoid any doubts as to what is within scope and what is outside. Tax professionals must have clear legislation to work with. We cannot afford to target the whole profession because of the few bad apples. In addition, the EU must also ensure alignment of the policy objectives of this initiative with the broader European Union policy priorities for the Single Market as stated by President von der Leyen in her State of the Union speech: to ensure a favourable European economic environment, and prevent regulatory initiatives from stifling business activity, against more ‘aggressive’ competitors”.

The European Court of Justice last week ruled in joined cases C-37/20 & C-601/20 WM and Sovim SA v Luxembourg Business Registers that a provision in Luxembourg’s national legislation implementing the EU Anti-Money Laundering Directive (Directive (EU) 2018/843) rules requiring that information contained in the beneficial ownership registry be made accessible online for all members of the public was invalid.

The Court held that the provision was invalid in light of its serious interference with the fundamental rights to respect for private life and to the protection of personal data, enshrined in Articles 7 and 8 of the Charter of Fundamental Rights of the European Union. The Court held that the interference of the anti-money laundering legislative provision with the above rights guaranteed by the Charter was neither limited to what was strictly necessary nor proportionate to the objective pursued by the anti-money laundering legislation. As such, the Court has by its decision struck down the requirement under AML rules that Member States must ensure that information on the beneficial ownership of companies and of other legal entities incorporated within their territory is accessible in all cases to any member of the general public.

The decision of the Court to strike down the anti-money laundering legislative provision may have implications for EU tax legislation in future decisions of the Court, in the instance that any provision in existing or proposed tax legislation also infringes upon articles within the Charter of Fundamental Rights of the European Union.

Hungary will not lift its veto on the EU’s directive which seeks to implement Pillar 2, or the global minimum tax in the EU legal order, Hungary’s Prime Minister Victor Orban said Friday, citing concerns over job losses. “This is a job killing tax hike, which, if implemented with Hungary’s approval, would wipe out tens of thousands of jobs. Taxation falls under national jurisdiction.”, Orban said.

It is widely accepted that Hungary’s veto is unrelated to tax policy goals, rather is being used as leverage in the ‘rule of law’ dispute between the European Commission and Hungary. As a result, the five largest EU economies — France, Germany, Italy, Spain and the Netherlands issued a joint statement in September, saying that they were “fully determined to follow through and consider any possible legal means” to introduce minimum taxation in the EU.

Paul Tang, Chairman of the European Parliament Taxation Subcommittee in an opinion piece published 2 December called on the EU to break Hungary’s veto, suggesting that: “National vetoes seriously call into question the viability of the unanimity voting in tax matters and the EU’s credibility in general. Europe urgently needs ambitious and fair tax policies to deliver tax justice. This vital objective must not be held hostage to a power play between one against 26 other EU countries.”

The minimum tax directive proposal is tabled for discussion at the next ECOFIN Council of Finance ministers meeting, scheduled for 6 December.

The OECD has made available the updated 2021 Mutual Agreement Procedure Statistics concerning 127 jurisdictions, covering almost all MAP cases worldwide. The information forms part of the BEPS Action 14 Minimum Standard, Making Dispute Resolution Mechanism More Effective, which contained a commitment by jurisdictions to implement a minimum standard to resolve treaty-related disputes in a timely, effective and efficient manner, and timely and complete reporting of MAP statistics pursuant to an agreed reporting framework.

The OECD summary sets out that the 2021 MAP Statistics show the following trends:

EU Commission President Ursula von der Leyen said the European Commission will react to the US discriminatory rules on green transition subsidies which affect the level-playing field in transatlantic economic relations. The response of the EU will likely entail reform of the State aid rules to reflect the growing anti-competitive subsidy regimes adopted by other large economies in the world.

In a speech at the College of Europe in Brugge, von der Leyen added that the discriminatory part of the Inflation Reduction Act (‘Buy American’) would require change of the state aid rules to better support the European green transition: “We have to adjust our own rules to make it easier for public investments to power the transition. State aid is a tried and tested tool here in Europe to incentivise business activities for the public interest. Last summer, for instance, we approved EUR 5.4 billion in state aid for the hydrogen value chain, under one of our IPCEIs. These public investments will benefit 35 companies from 15 Member States, from Portugal to Denmark, from Finland to Italy. They will help bring new technologies from the laboratory to the factory, for hydrogen production, for storage and for hydrogen-powered trucks, trains and ships. It is one of many examples of our state aid policy at the service of clean tech.”

Von der Leyen added that ‘Buy American’ logic that underpins part of the IRA is based on tax breaks that could lead to discrimination. The production subsidies race is also a concern. “If you are a consumer in the United States, you get a tax break when you buy electric vehicles, EVs, if they were manufactured in North America. And if you are a battery producer for those same electric vehicles, you get a tax break if you produce in the US. This means that a car manufacturer gets a double benefit for producing in North America and buying parts in the US. We already see how this could also affect Europe’s own clean tech base by redirecting investment flows. We have all heard the stories of producers that are considering to relocate future investment from Europe to the US.”, EU Commission President said.

The selection of the remitted material has been prepared by: 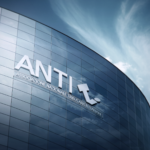